I was curious to see if the french baguette would turn out differently if I measured the ingredients rather than the suggested weigh method in the Saveur magazine. So, back to the kitchen I went. I used the Red Star yeast, and it foamed almost instantly. YAY! I added a photo of what it looks like.  It may be helpful to someone. I measured the flour, salt, yeast, and continued on as I have usually done. Well, I asked my family if they tasted or noticed a difference in the bread from this batch vs. the previous batch. They all said yes, but couldn’t quite tell me what. Both batches were good, but the measured bread was more dense than the weighed ingredient bread. I also added a little more yeast to the measured bread. Which surprised me that it was more dense, because it DID rise more than the previous loaf, but it wasn’t as airy. The weather here may have had a hand in the results, as it was horrifically humid and the flooding around here was more than after Hurricane Ivan! We made the national news with the rain. So, that could have had something to do with it.

I have one more experiment I’m planning on doing with this baguette challenge. I have a really wonderful set of cookbooks, called Culinaria Europe. It’s a two volume encyclopedia of European cooking and the traditional dishes made in those countries. I’m going to check out France and their traditional baguette recipe. I’ll be interested to see the similarities and differences.

I love this bread basket

This is a very handy little gadget. It’s a basket, but also a slicing guide. My brother and sister in law gave me this several years ago. I’m not sure where they got it, but I use this all of the time. I think it’s made of Cherry, but it’s a nice hard wood. If I find where they got it, I’ll put a link up. It’s a great item. 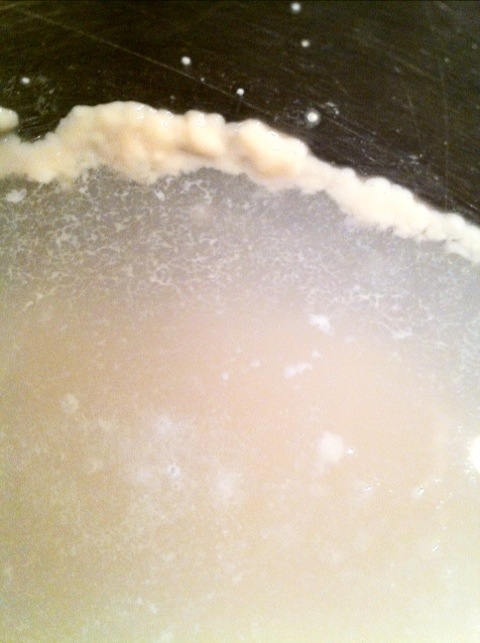 Month at a Glance